In August 2013, the Beaver Creek Fire ripped through the Sawtooth National Forest, burning 114,900 acres of the forest and impacting the iconic Idaho towns of Hailey, Ketchum and Sun Valley. These small communities rely on tourism in both the summer and winter months and the fire forced evacuations during the height of the summer season. While the Douglas-fir and sage brush ecosystems that make up most of the forest are actually dependent on fire and are recovering from the blaze, significant damage to recreational infrastructure has continued to impact the communities.

One particularly popular trail that was damaged by landslides and flooding following the fire is the Alden Gulch Trail #144 on the Ketchum Ranger District. Landslides are common following fires as the denuded hillsides no longer keep saturated soil in place because tree roots and other plants aren’t present to hold the soil together.

When functional, the Alden Gulch Trail is a non-motorized multiple-use trail that accommodates cyclists, hikers, trail runners, horseback riders, and backcountry skiers. It’s easily accessible, which adds to its popularity among locals and visitors and it provides critical access to the Osberg Ridgeline Trail, one of the most popular mountain bike rides in this area of Idaho that provides spectacular views of the Boulder and Pioneer Mountains.

In partnership with the Idaho Conservation Corps, the State of Idaho, and REI, the NFF will fully reconstruct three miles of the trail, rerouting it out of ecologically sensitive areas and reducing the potential for erosion, while also allowing the trail to accommodate a larger variety of users and abilities than it did prior to the fire. 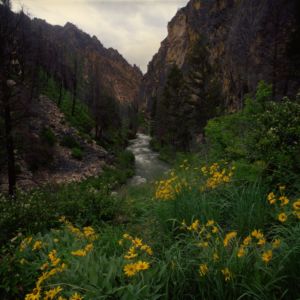 We completed this project in 2018! Now local communities can access this well-loved trail and further access the incredible network of trails that cross the Sawtooth National Forest. Thanks to our partners and Forest Service for helping us complete this important trail. 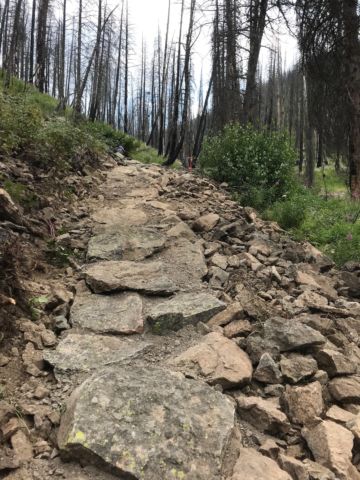 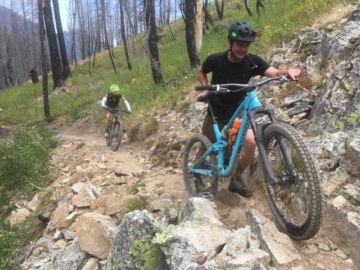 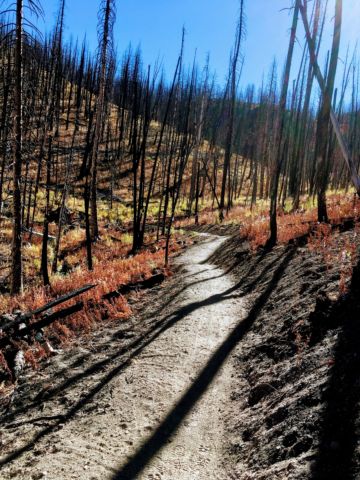