An hour from the gleaming sky-scrapers lining Chicago’s Michigan Avenue rests Midewin National Tallgrass Prairie. This 20,000-acre unit of the National Forest System is unique in many ways: it’s the only National Tallgrass Prairie managed by the Forest Service; it’s the largest single track of open space in the greater Chicago area; and it’s compelling history and future potential offer exploration opportunities for history buffs, birders and even fans of wild bison.

Midewin is a work in progress. In its former life as the Joliet Arsenal, Midewin was heavily industrialized. Roads, railroad beds, drainage systems and munition bunkers still dot the landscape. Since Midewin was transferred from the Department of Defense to the Forest Service in 1996, a coalition of local groups have been working to restore Midewin’s native tallgrass prairie, an ecosystem that once covered most of Illinois.

The NFF has been involved in this effort since 2012 and since the Forest Service began managing Midewin in 1996, nearly 3,500 acres have been restored. An exciting challenge grant from two local foundations has opened up the possibility to restore an additional 2,000 acres of Midewin, which will link together nearly 4,000 acres of tallgrass prairie on Midewin's west side.

Integral to this restoration effort is the Midewin Youth Corps. This program offers students from the urban North Lawndale College Prep school an opportunity to spend six weeks working at Midewin. Connecting Chicago to Midewin is a high priority for the NFF and the Forest Service and this program is a great example of how the NFF, with support from REI, is fostering that connection. The youth who participate have spent very little time in nature and this program provides them with an hourly wage, teaches them valuable work skills, exposes them to conservation careers while restoring and improving this unique mid-western habitat.

Read a blog post about the 2017 Midewin Youth Corps here.

*Preliminary numbers, not all reports complete. 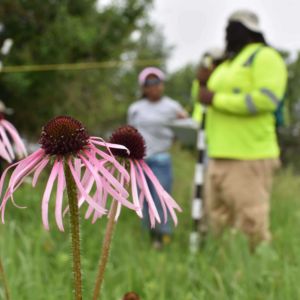 The 2017 Midewin Youth Corps have completed their season. See photos below. 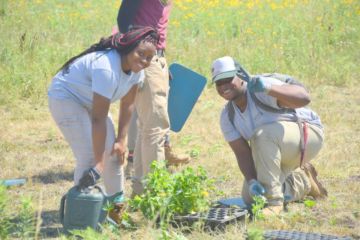 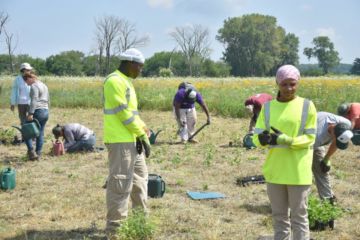 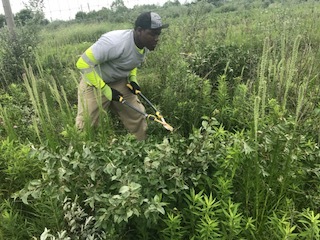