Colorado is the Rocky Mountain State for good reason: it’s home to some of the tallest peaks in the country. In fact, Colorado has more peaks higher than 14,000 feet than any other state in the U.S. And the tallest of all the Fourteeners in Colorado is 14,400-foot Mt. Elbert, located on the San Isabel National Forest. Mt. Elbert is the second tallest peak in the contiguous U.S., just 105 feet shorter than Mt. Whitney in California.

Despite being the tallest peak in the Rocky Mountain range, Mt. Elbert is a fairly straightforward climb. The two easiest routes are Class 1 or 2 and the first recorded ascent of Mt. Elbert is from 1874, when Henry W. Stuckle of the Hayden Survey scrambled his way to the top. Located less than 15 miles from the historic mining town of Leadville, the peak is accessible to millions of Coloradans.

But things aren’t perfect atop Mt. Elbert. More than 260,000 people climb Colorado’s Fourteeners each year and Mt. Elbert hosts a significant share of these due to its prominence and proximity to Denver (130 miles away), Vail (50 miles) and Aspen (40 miles). It’s also surrounded by other Fourteeners, including the second and fifth highest peaks in the Rockies – Mount Massive and La Plata Peak, so it’s often included in a long weekend of peak bagging.

All this traffic has resulted in degraded trails and has negatively impacted the fragile alpine habitat on top of Elbert. Eroded trails turn into steep gullies, which then deposit dirt and other sediment into mountain streams. They also force people to create new routes which are then used by more people and end up as yet more eroded gullies.

The Mt. Elbert work that REI is supporting is part of a broader NFF campaign called “Find Your Fourteener,” which is a five-year, collaborative effort to tackle trail restoration across many of Colorado’s Fourteeners, 48 of which rest on National Forests. Find Your Fourteener is also providing education for hikers and backpackers who use hike these peaks but may be unaware of how their off-trail footsteps damage this fragile habitat.

*Preliminary numbers, not all reporting complete. 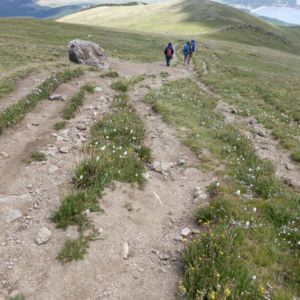 NFF staff recently visited Mt. Elbert where crews are building a new East Ridge route to the summit. With help from hundreds of volunteers, a bypass that's part of the new trail is opening this summer. 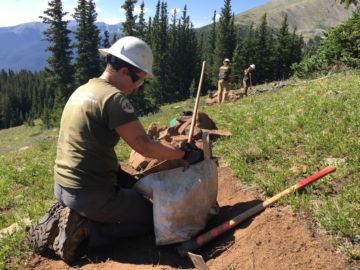 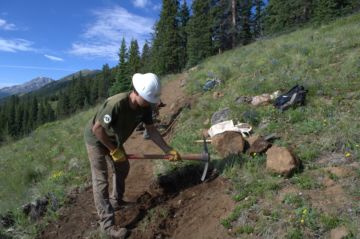 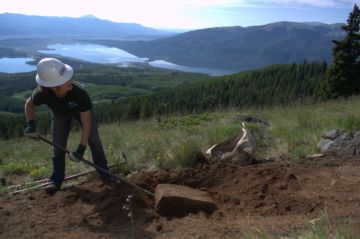