There are few experiences as fun as slipping into the current of a classic river run. Whether you’re into frothing white water or tempting wild trout with a well-placed fly, spending time on a river is time well spent. While many rivers in the East have been impacted by centuries of industry, agriculture and water control projects, there are still plenty of wild rivers remaining.

In 1974, Congress formally recognized the wild values of the Chattooga and designated it as a Wild and Scenic River. Lower sections of the Chattooga are run both privately and commercially, but the uppermost section of the river was closed to boating until the Forest Service partially lifted this ban in 2012. This section offers difficult Class V paddling and is truly experts-only, but for those boaters with the equipment and skill, it represents one of the best stretches of technical whitewater in the country.

To help facilitate ecologically sustainable recreational access to the upper portions of the Chattooga, the NFF and partners will construct three kayak launch sites, build trails to access those launch sites, install trailhead information kiosks, and make trailhead parking improvements. This work wrapped up in 2018, just in time to celebrate the 50th Anniversary of the Wild and Scenic Rivers Act, which has proven instrumental in protecting the Chattooga in its wild state for the past 43 years. 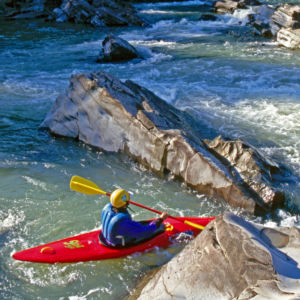 With the help of our partners and volunteers, we completed our work on the Upper Chattooga River this year. We built new trails accessing river launch points that we also hardened and improved. These access points will reduce socially-created trails, improve water quality and wildlife habitat and provide anglers and boaters access to this amazing Wild and Scenic River. 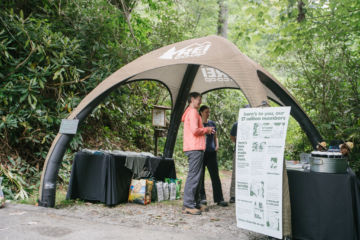 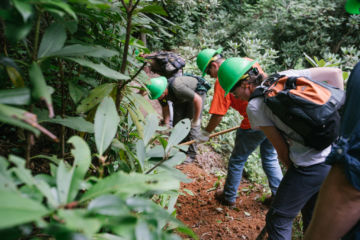 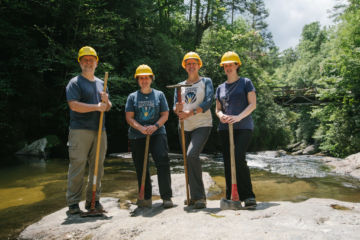