The White Mountain National Forest in New Hampshire draws millions of visitors from New England every year to hike, backpack, ski and snowboard and enjoy this green oasis of public lands. Spread across roughly 750,000 acres of New Hampshire and about 37,000 acres of Maine, the “Whites” are the epicenter of Northern New England’s burgeoning outdoor adventure scene.

As a hiking destination, the Whites are unparalleled, offering 1,200 miles of non-motorized trails including more than 100 miles of the Appalachian Trail. But don’t be fooled by the relatively low elevation of these mountains (at least compared to Western peaks), as the trail builders of yore did not believe in switchbacks – be prepared to huff your way up steep, rocky trails to bald, windy and incredibly scenic summits. There are more than 48 peaks in the Whites above 4,000 feet and the Appalachian Mountain Club maintains a list of the folks who hike them all – both in summer and in New Hampshire’s notoriously cold, long winters.

The oldest trail in the Whites predates the National Forest by about a hundred years. Considered the oldest continuously used and maintained hiking trail in the Northeast (some say the country), Crawford Path was first established in 1819. The trail ends on top of the region’s highest peak, Mount Washington, home to the “world’s worst weather.” On its way, the 8.2 mile (one way) trail runs past Mount Pierce, Mount Eisenhower, Mount Franklin and Mount Monroe.

According to SummitPost, Crawford Path “is the premier hiking trail in the southern Presidentials and the trail constitutes a significant portion of a 'Presidential Traverse.'” The Presidentials are a sub-range of mountains, all named after former Presidents, that lie in the National Forest and make a popular hiking route. Additionally, the section of Crawford Path between Mount Pierce and Mount Washington Crawford Path is a key part of the famous Appalachian Trail.

As the “premier” trail in the area, Crawford Path receives heavy traffic. Unfortunately, it hasn’t received heavy maintenance and is suffering the strains of over-use. In 2018, the NFF worked with local groups and the Forest Service to rehabilitate the trail and ensure that it will endure for another two-hundred years. This work wrapped up just in time to celebrate the 200th Anniversary of this legendary trail. 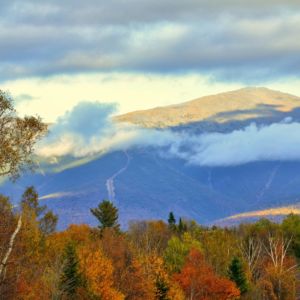 We are proud to have completed our work on Crawford Path with the help of so many volunteers and partner groups. 2018 marked the 100th Anniversary of the White Mountain National Forest and 2019 marks the 200th Anniversary of Crawford Path. The work we accomplished this summer will ensure this trail will welcome hikers for generations to come, while reducing damage to sensitive habitat and water quality. 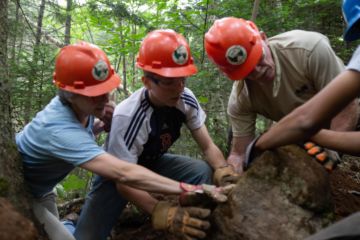 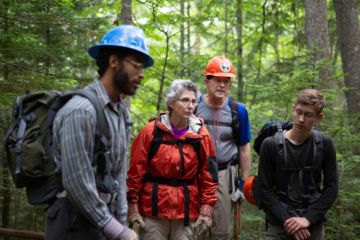 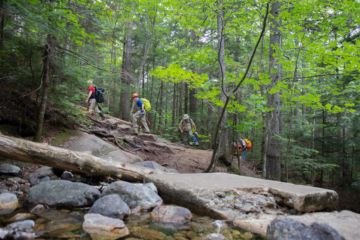